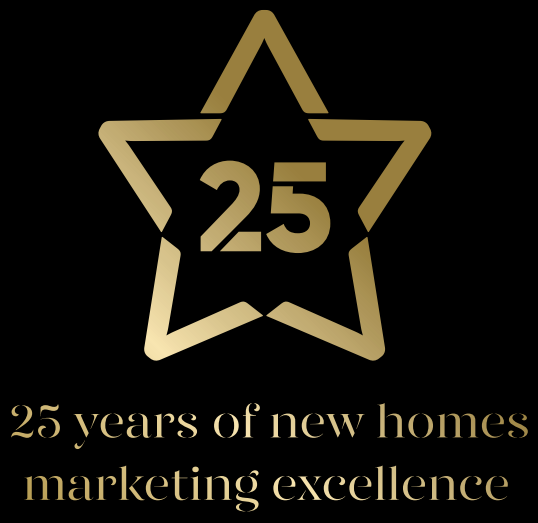 When Glen Mitton parted company with Bryant Homes in 1996, it marked the end of a seven-year spell in the role of group marketing director, during which time he masterminded the establishment of Bryant Homes as the first true housebuilding brand in the UK.

But Glen had ambitions beyond Bryant, and he'd identified an opportunity to help other housebuilders to develop unique, recognisable brands, in the same way that, for example, car manufacturers had done for years – and so the foundations of MMS were laid.

From very modest beginnings, the business has grown in a steady, controlled and totally organic way, starting initially from a home-based office (pioneering 'working from home' long before the experiences of the last 12 months!), with Glen's wife, Louise, joining the business within a few months of its inception, then graduating to a purpose-built log cabin garden office in 2002. By 2006, the log cabin had been rapidly outgrown and MMS took a floor of a modern office block, paving the way for further expansion.

In 2017 Glen and Louise formally stepped away from MMS, passing the ownership to their children Danielle and Dominic, who have each worked in the business for over 15 years, although both Glen and Louise still currently work in the business on a consultancy basis. Since then, despite the recent challenges of the pandemic, MMS has thrived. Danielle, in her capacity as managing director, now works alongside fellow director Curtis Scarlett heading up a team of 18 marketing professionals.

MMS's client base is, by any standards, impressive and reads like a who's who of the housebuilding industry, with a broad spread of over 20 clients from PLCs such as Crest Nicholson and Vistry, through regional developers like Jelson Homes and Dandara, to niche players such as Sigma Homes and Oakford Homes.

It is especially satisfying that two of MMS's larger clients have enjoyed particularly long relationships with the agency. Glen formed a strong working relationship with Linden Homes, supporting their rapid expansion in the '90s, and had the distinction of creating their first website in 1998 – pioneering stuff back then! Linden subsequently went through several changes of

ownership and management, but the relationship has endured. Linden has now morphed in to Vistry, which MMS remains proud to count amongst its clients.

MMS first established a relationship with Jelson Homes in the early 2000s. Jelson, founded in 1889, is a significant regional player in the East Midlands housing market and is a no-nonsense traditional family business – an ethos that strikes a chord with MMS's own values. It's hardly surprising that the two firms have been working together for nearly 20 years.

Most recently MMS is proud to add Crest Nicholson to its client base, having just launched their new website in May 2021, integrated with their bespoke CRM system, all designed and built in-house by the MMS team.

"Although the business has grown and evolved almost beyond recognition in the last 25 years, I'd like to think that we remain true to the principles established by Glen and Louise when they started out in 1996.

"Those principles include an exceptional commitment to customer service, a profound understanding of the new homes market, the building of brands and the delivery of successful marketing campaigns that make a positive impact on our clients' bottom lines.

"I'm particularly proud of how the team has developed to meet the everchanging challenges of our unique market place. The vast majority of our focus is now on digital offerings of course, but whether it's online, press or print, the same fundamental tenets hold true, which makes it all the more important that we can draw on 25 years of new homes marketing excellence."

Our services Our work
Let's talk